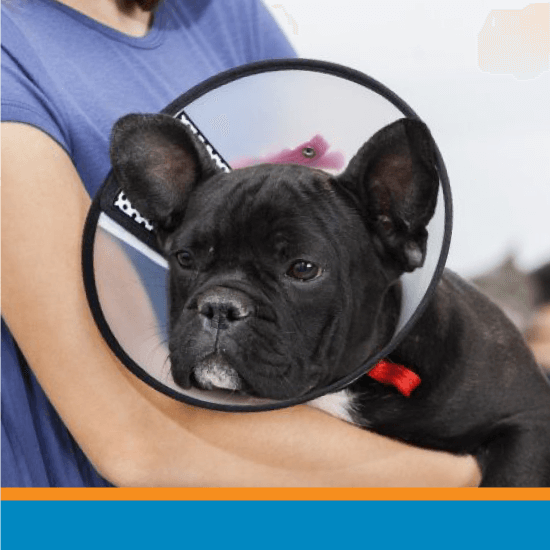 When Should You Spay or Neuter Your Pet? It Used to Be a Simple Question…

Fortunately, the question of timing in cats is simple, so we will start with our feline pets. Cats who are not intended for breeding should be spayed or neutered by 5 months of age. The biggest reasons to spay or neuter are to prevent overpopulation and curb unwanted hormonally influenced behaviors. Cats are incredibly fecund and precocious, meaning they can become pregnant as young as 6 months, and it usually takes a single mating. In addition to this, hormonal influence can lead to roaming, fighting and, in males, a powerful urine smell with a tendency to mark in the home. Marking behaviors often persist despite neutering once they are established, so early intervention is recommended. Waiting until after a first heat cycle to spay female cats increases the incidence of mammary tumors, which are an aggressive form of cancer in felines. These reasons, coupled with no known benefits to waiting, make the question of spay and neuter timing in cats clear-cut.

Although one would think that the answer is just as straightforward in dogs, there are many factors that might influence the timing decision. Before we explore these factors, it is important to remember that prevention of overpopulation and its painful and sad consequences is our first responsibility. This means that if a dog’s situation puts it at risk for an unwanted litter, then early spay or neuter should be done as soon as possible. This is the approach taken by animal shelters and rescue organizations. For owned pets that are not at risk of an unwanted pregnancy, there may be benefits to waiting beyond the traditional 6-month recommendation and even potentially allowing female dogs to go through a first heat cycle.

There are both risks and benefits to early spay, as well as risks and benefits to a later spay (ovariectomy or ovariohysterectomy). To be clear, the question here is whether or not to spay early or after the first heat cycle. Because of significant risks of pyometra (uterine infection) or mammary cancer late in life we recommend that all female dogs not intended for breeding be spayed before their second heat cycle. Most females experience their first heat cycle between 5-9 months of age (large dogs usually start later), then once every 6 months thereafter. In terms of benefits, early spaying (before 5 months) results in very low (0.05%) risk of mammary cancer, no risk of pregnancy, and no heat cycle bleeding. Spaying before the first heat cycle results in an easier surgery with fewer potential for complications such as bleeding and pain.

Urinary incontinence is, however, a common problem associated with early spay. It can be well-managed with lifelong medication. With early spaying or neutering, certain breeds may be at increased risk of developing orthopedic disease due to the removal of sex hormones. These problems include knee ligament rupture, hip dysplasia and elbow dysplasia. Breeds with documented increased risk appear to be Golden Retrievers, Labrador Retrievers, German Shepherds, Pitbulls and Rottweilers. There is possibly a correlation between early spay/neuter and anxiety. Other reported possible risks (with weak evidence) for males and females are a possible increased risk of certain types of cancer (osteosarcoma, hemangiosarcoma, lymphosarcoma) and slightly increased risk of immune-mediated diseases.

After the 2nd heat to spay, the lifetime risk of developing mammary cancer is approximately 26%. If you wait until after the 1st heat, but spay before the 2nd heat (i.e. between 5-15 months depending on breed size) the chance of mammary cancer is about 7-8%. This timing may be appropriate for some breeds in which we are wanting the maximum influence of estrogen on bone growth but wish to remove the 26% risk of mammary cancer when spayed after the second heat cycle. Most small mammary tumors in dogs can be cured with surgery, as long as they are detected when small (<3cm). This requires periodic teat exams to ensure early detection. If you allow your dog to go through one or more heat cycles, you must be prepared to recognize when a heat cycle is happening (swollen vulva, bleeding or dripping blood from the vulva), take care to ensure your female is kept clean and is not around intact males during this time (for about 3 weeks) to minimize pregnancy risk. We are happy to discuss other factors that may influence individual timing recommendations (training classes, other pets in the house, cost of intact licensure).

For male dogs the question is less complicated, as there are no medical risks associated with not being neutered for the first few years of life. A male dog with no behavioral problems such as aggression or marking and with no access to intact female dogs is not at risk in its first years of life. Older, intact dogs will reliably develop benign prostatic hyperplasia (testosterone-driven enlargement of the prostate) which can be associated with discomfort associated with urination and/or defecation; this condition is cured by castration. They are also at risk of prostatic infections. In general, we recommend that small male dogs be neutered between 6–12 months and large breed male dogs in their second year. Male dogs of any size exhibiting aggression or unacceptable testosterone influenced behaviors, such as marking in the home, should be neutered as soon as possible regardless of age.

As can be imagined, there is considerable debate within the veterinary community about this, and if you need help determining the right timing for your dog’s spay or neuter, we encourage you discuss this with your veterinarian.